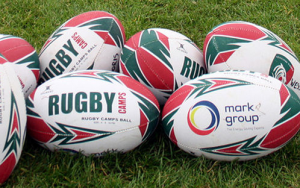 The Leicester Tigers have announced that they will be offering FREE rugby camps for year 9 and 10 girls (U15 girls).

The FREE camps will be 2 days long and will be held at Market Harborough RUFC and Melton Mowbray RFC during the February half term.

The camps are for players in school years 9 and 10 and are run in conjunction with Premiership Rugby and the Quality and Human Rights Commission.

Market Harborough RFC will host the first 2-day camp on February 16 and 17 and the Melton Mowbray RFC camp will follow on February 19 and 20.

The camps will be run by our top community coaches who are all RFU level 2 qualified, first aid trained and CRB/DBS cleared. Each day will run from 9.30am to 3pm and will cover the four core skills: catch and pass, tackle, breakdown and game-sense.

There appears to be a good reception to these camps on social media already.

If you are interested in taking part in either of these camps or both camps, simply call the Community team on 0116 217 1328.

The Tigers are also offering:

– a girls Masterclass in May which will be for U13s-U18;
– tag Rugby Camps for U7s and U8s boys and girls;
– contact Rugby Camps for girls aged U9s-U12s; and
– three-day Tigers Rugby Camp at Ashby RFC from February 16-18 for girls and boys under-nines to under-14s.

Tigers Rugby Camps are open to players of all abilities, who will receive rugby tips from coaches with a wealth of experience at the highest levels of the sport, including former Tigers and England hooker George Chuter and ex-All Black Craig Newby taking on roles alongside the likes of Glen Gelderbloom, Ian ‘Dosser’ Smith and Troy Thacker.