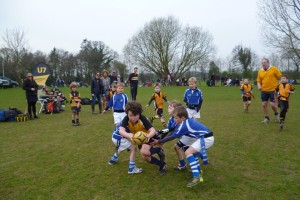 So this is the year England host the Rugby World Cup.

That thought takes me back to a Sunday morning on the 23rd November 2003, not the day before, not the performance from an England team who had planned that game in so much detail, not the beautiful passage of play after 100 minutes of physical rugby, not THAT drop goal but the Sunday morning.

That morning saw what success in sport can do for the grassroots game. At the club I was coaching at that Sunday morning saw 30+ brand new mini players turn up wanting to play the game, wanting to emulate what they had seen the day before, wanting to practise their drop goals……

And the club, well we had hoped for a positive impact from the World Cup.

We had put a number of volunteers onto coaching courses, set up teams of volunteers for each age group and advertised that the club catered to players from age 6 upwards. 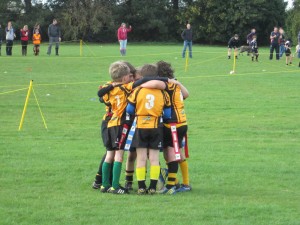 New players came to try the game, they got the support of a club who wanted to attract and retain new members, and after 12 years some of those young players are now playing senior rugby, some at our club, some at others or at university. But they are still playing. Families who came to the club together remain within a wider rugby family now.

I’m sure this is preaching to the converted as to the experience that a rugby club can provide but the opportunity this year rests with us in the game.

It rests with the national squad, the 23 players, who will wear the shirt and the way they conduct themselves on and off the pitch and their performance in the games. It rests with clubs to provide places to watch the games, opportunities to play the game and an inclusive environment to play it in with coaches who are interested and committed to developing players before results.

If those things are in place then our game will truly benefit from the World Cup because somewhere out there on the Sunday after the World Cup final there will be the young players joining rugby clubs who will in a few short years time be the ones wearing their national shirts and inspiring another generation to play.

It is our opportunity to set this group on the pathway to that responsibility.