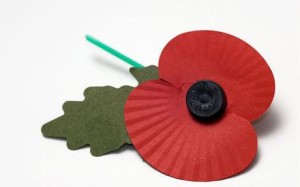 Rugby is responsible for two of the proudest moments of my life, although neither moment has to do with actually playing the game.

The first was the Remembrance weekend of November 2004 when I took my U9s to Welford Road to watch the Tigers play. Before the game we went to Oval park and had a training session with the Tigers community staff before moving on to the stadium to enjoy the game. When we got to the stadium, the community staff asked if I would take the young players onto the pitch before the start of the match for the 2 minutes of silence.

In a stadium of then around 18,000 people, my little group of 8 year olds stood shoulder to shoulder (or knee) with some of their heroes in silence and respect. Although it was something they should have done, I was still so proud of that group of 8 year olds for the way they behaved. What was equally nice was a number of the crowd took the time to find our contact details and wrote to us to praise the young players. This was something that puzzled them as they could not understand what all of the fuss was for because they behaved as they should have.

Yesterday, one of those young players was refereeing our Under 16s. He is now only 17 and whilst playing in our 1st team, he is also coaching and refereeing for one of our youth sides. He spoke with both coaches before the game and organised a group of U16s who at 11AM fell silent to mark their respect for those who have paid the ultimate price. The lads did this with no prompting from the elders. Again, last night I received a handful of messages for the referee and the lads to say how much their actions were appreciated.

Of course, the referee and the players behaved as they should have, but for those 4 brief minutes the core value of RESPECT was embodied in the actions of our young players.

In my opinion these episodes demonstrate that rugby is so much more than what happens on a pitch for 80 minutes.