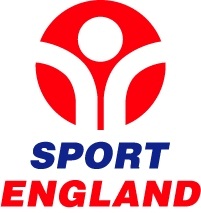 Last January, Sport England, the body which presides over the allocation of public money to sports development in England, announced its plans to invest £493m in grassroots sport over the next four years with the aim of keeping alive the legacy of the 2012 Olympic and Paralympic Games.

In accordance with this aim, the funding allocations were redistributed in favour of those sports with a solid, workable plan or a good track record for increasing participation, while those sports which are under-performing in this respect saw their funding cut.

For both codes of rugby, as well as cricket, there was an expected reduction in funding. The failure of all these sports to provide adequate evidence of actual or projected growth in numbers participating made this inevitable.

Despite all three sports being commercially successful at the elite levels, clearly the attraction and retention of players further down the chain is more problematic and my own experience as an age grade coach in rugby bears this out. This tells me one thing – we need to get our act together and start delivering on the RFU’s objectives for player recruitment and retention, before we lose even more funding.

This isn’t going to be easy, especially when the chief competition to both codes of rugby in their core market (little boys who like chasing a ball around and being part of a team) is football, a sport whose funding was increased by 582%. That’s five hundred and eighty-two percent, in case you think it’s a typo.

It was a stat that threw me into a fury of outrage at the time. “How the hell” I thought, “can they justify that kind of increase in funding to a sport that is already swimming in cash? Why can’t grassroots football development be funded by donations from every Premier League player – God knows most of them wouldn’t miss £5000 a week.” And so on in a similar vein until the initial surge of anger had dissipated.

Football clearly has a massive advantage over rugby in terms of initial recruitment of players, but the fact remains that football’s performance in growing the game justifies its increase in funding, while rugby is being told to pull its socks up.

As the guardians of the game’s future, we have to strive now to justify the same kind of largesse from Sport England in turn. Here at the start of a new season, it’s a time when we should be focusing our minds on this very issue.

So just what can we do to encourage more youngsters to take up rugby first of all, and to ensure those we have stay with us?

The latter are in some ways the easier group in that we get plenty of chance to influence their decisions directly. Here a few basic suggestions for keeping players:

The good news is that the new rules of play now being used across England are tailor-made to assist coaches with player retention. Player involvement is promoted by having smaller teams; fewer and simpler rules mean fewer reasons for refs to blow the whistle so the game keeps flowing.

Tag rugby games at U7 and U8 are literally non-stop action with loads of tries and all players fully involved. From U9 upwards, the complex rules and technical skills are brought in by stages so that the learning curve remains manageable and gives kids real opportunities to develop at a pace that suits them.

We have everything in place to make rugby an attractive option for youngsters and their parents.

Smart, child-centred coaching will deliver the right outcomes. The only ones that should matter in age grade rugby are player recruitment, fun and enjoyment, skills progression and player recruitment. Let’s get it done.